Touristic development in our country has a great possibility because of the great legacy that our ancestors took care of leaving us – not only as a place to visit but the mode of water use of the territory that we should consider in our projects, where the respect and harmony with the environment is evident, as in the case of Tipón.

To speak of emblematic places in the country is to refer to Machu Picchu and the lines of Nasca, but we should consider Tipón as a touristic destination because of what it represents, in addition to being a shrine in perfect condition of conservation that is still in use out of the pride of the “Cusqueños” and of course the country as its conjunct.

In this opportunity we will try to tell aspects of Tipón based on some messages from North American Kenneth Wright, who from a viewpoint of civil and hydraulic engineering has profoundly studied subjects like “Machu Picchu” and “Tipón.”  He states, “The andenarías that are found here are impressive, they contain 13 terraces of rather fertile soil and are still cultivated, its retaining walls are made with well-carved rocks.  Even more impressive is the irrigation system that still serves the agriculture, built to make good use of the existence of a water spring in the place, with canals carved in rock and sometimes very precisely calculated nearly vertical drops that together constitute a masterpiece of hydraulic engineering; furthermore, there are some springs that should respond to ceremonial purposes.”

He continues describing, “We begin to climb some immense stairs made of Inca rock, there you may note some rock channels that carried water at great velocity or calmness either in straight paths, perfect curves, waterfalls, outlets or drains, or below other slab openings in a fantastic system of pluvial alimentation. Above you can see that these canals and other aquatic outlets nourished each immense terrace that covers the skirts of this mountain.  There were around 13 terraces, with their retaining walls, steps, and hydraulic systems that seemed perfectly cut into the mountains..as if a sophisticated machine cut them in the forms of small soccer fields.  Each terrace was considered a surprise, and discovery, and a cove of a waterfall from which someone could perfectly appreciate a monument that crowned the summit of a mountain, and it has been said that it contained painting from the Neolithic Period.” 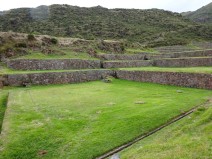 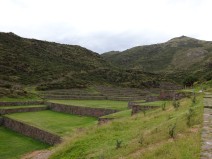 The hydraulic work in perfect harmony with the territory 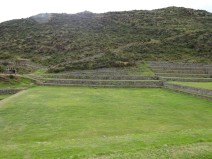 As he mentioned Kenneth Wright …. “as fields where it is still cultivated” 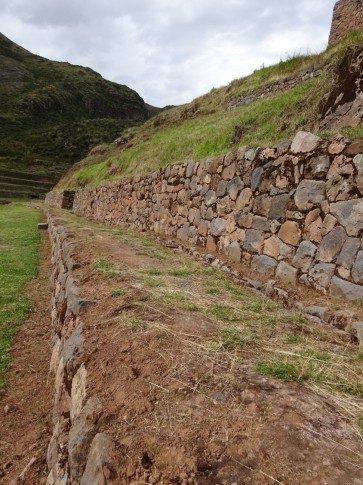 perfect and stable walls, which over the years were not conquered 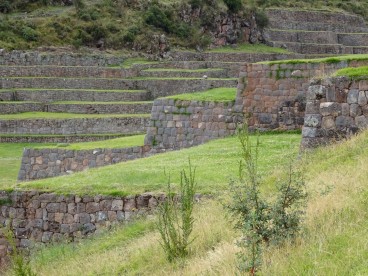 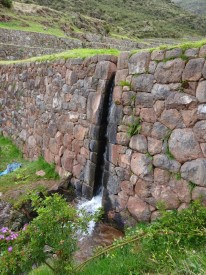 “Following the stone paths and its stairways we were able to run into an incredible main fountain and water mirror.  Wright explained that the water came from the subsoil and from a water mirror enclaved in a perfect Inca micro-dam that remained intact, to later flow nourished by other canals over one of the 13 terraces that the complex has, then branched four ways to fall smoothly over an immensely and perfectly cut and polished rock table of one monolithic piece, making the water flow as a water veil covering the Inca walls of the reservoir below.” “Again, the Incas surprised me about how the hand of man was able to build something like this without affecting the natural environment, the hidden meaning of its constructions, and the use of living nature…the water that fertilizes the earth nourishes it together with the sun and the stars to proportion the alimentary means of support and to live in an environment fully self-sustainable without affecting the environment, respecting nature and its own human being through whose ingenuity and wisdom can achieve incredible things like what my pupils were able to see in this occasion.” 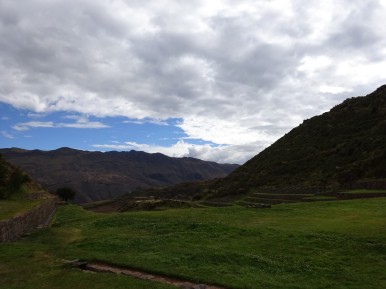 Another view of Tipon …. 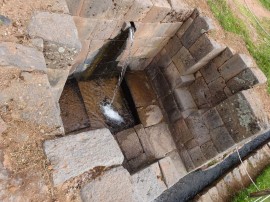 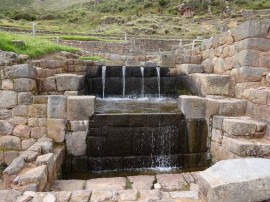 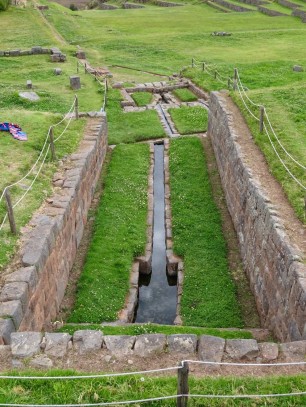 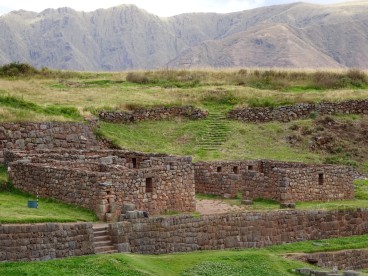 Tipon house where it is supposed that the Inca rested 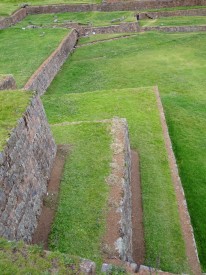 We appreciate the perfect geometry of the walls of the platforms

Another view of the walls in the system platforms in Tipon

The Incas reached an impressive development of their architecture and especially in their hydraulic constructions.  There is no archeological group where the admirable conduction and distribution of water is not appreciated in such a way that a shortage of water was not a problematic element.